Let’s be honest about this. National leaders are rarely shrinking violets. They have navigated the highways and byways of government to reach the very top of the political ladder. There are thousands of people who have run for Parliament, but only 650 sit in the House of Commons. Many MPs become mere footnotes in (local) history – but Members of the Cabinet have risen through the ranks to reach the very top. That takes a certain amount of toughness – and ability to see off competitors.


This is important to remember when the power of conventions in the British system is considered. These very powerful people feel constrained to obey conventions – even though the convention may stop them achieving their goals, and despite the fact that conventions are, by definition, unenforceable by the Courts. 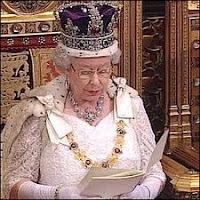 So why are they obeyed? Political Scientists treat politicians (and other constitutional players) as economic actors. Their behaviour is determined by their wish to gain and maintain power (see David Mayhew on “Congress the Electoral Connection”). It would be nice, though sadly naïve, to imagine that conventions are kept purely out of respect for tradition. They are observed because the costs of breaching a convention are greater than the benefits to be gained. The convention that the Monarch always gives the Royal Assent to bills passed by both Houses of Parliament keeps the Monarchy safe from republicanism. The short term advantage for a Queen or a King of refusing Assent would be bought at the cost of political controversy that could ultimately end in the removal of an unelected hereditary post filled by virtue of birth not merit. Even if the refusal to grant Assent were popular on that particular issue – people would be concerned that the Monarch could thwart the popular will at any time. The costs of killing a convention could return to haunt the person who did it. A Prime Minister could refuse to resign after losing a vote of confidence – but probably at the expense of tearing his party apart. The advantages of upholding conventions may be long term – but they are great.

For almost a hundred and fifty years there was a “convention” that US Presidents would hold the office no longer than the two terms that Washington himself served. When FDR ‘broke’ this convention, it was turned into a constitutional requirement (22nd Amendment). The flexibility – which could have been useful should the end of a two-term presidency come at a time of extraordinary crisis – has been lost. The flexibility within the British constitution is highly prized – and powerful leaders know that it could be costly to give it up for mere short term advantage.
Posted by J David Morgan at 05:00