For information and analysis of today's speech - where (the poor) Queen has to announce her Government's programme as if it were her own [There must be a ph.d. for someone comparing the language of these speeches during her reign - and how it changes with administrations]. 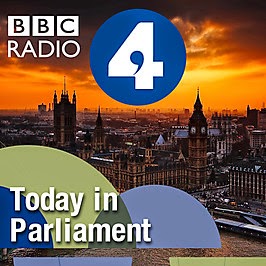 With a new session about to start, it's worth remembering that there is an excellent report on each day's proceedings provided by the BBC. It is broadcast live on BBC Radio 4 at 11.30 each night when either House has sat. It is repeated during the Today Programme as "Yesterday in Parliament" The website is http://www.bbc.co.uk/programmes/b006qtqd

If you aren't available to listen live - there is a podcast - available to sign up for at http://www.bbc.co.uk/podcasts/series/tip. Old editions are available there for thirty days - so if you have a few hours to spare, you can catch up before the new session starts tomorrow!
Posted by J David Morgan at 08:58 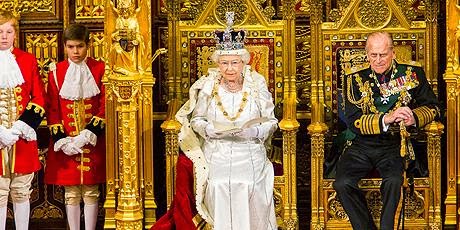 This week the Palace of Westminster will see the State Opening of Parliament. This will mark the start of a new session of the 2010 Parliament - and its last. It will run until dissolution prior to the General Election.

There's an informative publication on State opening available here. If you are going to watch it, you'll learn the government's legislative programme for the session. (This has been heavily trailed - and the next few days will see newspapers, TV & radio analysing the announcements). But the best part of the day is watching the ceremonies - many rooted in events from British history. On Tuesday the palace will be searched - but it'll be more than the usual police and their sniffer dogs. The Yeomen of the Guard will ceremonially search the palace - a memory of the search which led to the arrest of Guy Fawkes in 1605. Sadly that may not be televised.

You will see the traditional slamming of the door in Black Rod's face as he approaches the House of Commons. He will have marched down the short passages between the Lords, where the Queen, seated on the throne, sent him to summon the Commons. To make the point that they will not do everything the Monarch demands the Speaker orders the doors closed. After the third knock, he relents. It is a reminder of the Commons' independence (from the Queen - sadly not of the Executive - Her Government.)
Posted by J David Morgan at 05:30

... and thanks for your patience.

A little background. I now run two blogs - "Washminster" which covers matters related to the British Parliament; the US Congress; the European Parliament; and French politics generally. If you look back at previous posts you'll see that I interpret "matters related" very generously. The history behind each of them fascinates me - and helps an understanding of some of the quirks that are associated.

Do have a look at some of the previous posts - this blog has been running for over seven years - and has "reported" on trips to Washington and France - I have been a candidate for the European Parliament and worked part time at Westminster during that period. My paid work now is limited to teaching Law on two Open University courses - so there's quite a legal angle on some issues - and lots of revision and other learning material.

As Washminster revives do send me your comments - and suggestions for topics to post on.
Posted by J David Morgan at 05:30