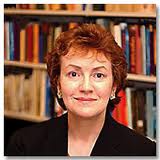 Having just finished marking the first eTMA on the Open University’s W201 course, I’ve read the phrase “unwritten constitution” many, many times in the last few days. It’s one of the key characheristics of the UK Constitution – but the term only appears in the second half of the Nineteenth Century. The first occurrence in Hansard (the almost verbatim report of what was said in Parliament) is in the 1850s, and it is rare until the 1870s. It was then that the idea of an unwritten constitution became popular (Bagehot has a lot to answer for!)


This was one of the nuggets contained in the lecture “Liberties and Empires: Writing Constitutions in the Atlantic World 1776-1848” given by Professor Linda Colley. She highlighted how popular writing constitutions had become after the Americans and French had excited peoples’ interest. London, a popular destination for political exiles from around the world, saw an incredible exchange of ideas.

Professor Colley is currently writing a book on the subject. She’s a historian – but her lecture was full of interest for those with an interest in Constitutions – and as I come to the subject as an academic in both the legal and political science fields, I found it fascinating. She described the work of people like John Cartwright and Jeremy Bentham, and traced the interest in the Magna Carta. There was an explosion in constitution writing as the idea spread that Government could be “simple, accountable and broadly based”. Perhaps it’s time for us in Britain to return to those interests of the late 18th and early 19th Century?
Posted by J David Morgan at 08:27