Washminster was hit with a number of computer problems related to Microsoft. These have now been resolved. Unfortunately our Sky router has now failed - and I do not have any internet access.

We attempted to resolve this quickly with Sky, but their systems made this impossible. We are in the process of changing to BT. However a full service will only become available from 6th December. Until that date I have had to suspend Washminster; WestofWatlingStreet; and Positively European.

I hope you will rejoin Westminster after 6th.

Due to computer problems, this blog has been "off air" for the last few days - and will continue to be until early next week. My apologies.
Posted by J David Morgan at 05:15 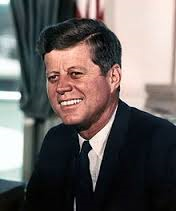 Do look out for the papers from the conference - they were excellent.
Posted by J David Morgan at 05:19

There is of course a Presidential Library and Museum (http://www.jfklibrary.org/), but my post today is about building one's own JFK Library. With the 50th anniversary of his death just a few days away, we have already seen a deluge of books; magazines and articles.

Some of course are obsessed with the various conspiracy theories - and it is possible to spend a small fortune "investing" in the many books (and films) about those. However this post will deal with books about his life and legacy. I have to admit that, like many people of my age - a child of the 1960s - I've been fascinated by the man that had such an influence on others. My parents had a number of books about him - which appeared before November 1963. While neither of them became politically involved (unlike their son!), clearly JFK had inspired them as young parents at the dawn of the 1960s. When I made my first visit to Washington DC I met many people, then on the verge of retirement, who had entered public service as the direct result of being inspired by Kennedy. What a tremendous legacy.

Over the years I acquired or bought some of the most well known books about him. I still have (though it is beginning to fall apart), a copy of the Warren Commission Report. ($1 it cost when first published); 'Profiles in Courage' and 'Why England Slept' (second hand copies picked up in the days when most towns had lots of second hand bookshops); William Manchester's " The Death of A President" has long resided in my library. Theodore Sorensen's "Kennedy" has recently moved from the bookshelves to the side of my bed as I re-read it. Robert Dallek's "John F Kennedy: An unfinished Life" is on the bookshelf, while his recent "Camelot's Court" has been keeping me awake as an audiobook. Richard Reeves' "President Kennedy" is another "heavy-weight" (though very readable book). I have Rose Kennedy's autobiography and Barbara Leaming's "Jack Kennedy: The Making of a President". The Cuban Missile Crisis has its own literature - starting with Robert Kennedy's "Thirteen Days". The UK's Stationery office (TSO) has also produced a useful collection of documents in "The Cuban Missile Crisis: 1962). Michael Dobbs (the one who wrote for the Washington Post, NOT the author of the excellent "House of Cards" [and a Tory Peer]) has produced "One Minute to Midnight". I have a couple of books on the Kennedy Tapes - a 2012 book "Listening In" edited by Ted Widmer which includes two CDs of over two hours of recordings, plus May & Zelikow's "The Kennedy Tapes: Inside the White House During the Cuban Missile Crisis".

If only there was time this month to reread (or relisten) to them all! 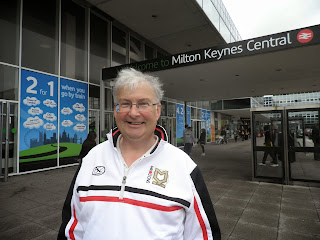 You may have noticed the recent absence of Washminster. I'm afraid it has been a rather busy period for me. My mother has recently moved from my childhood home (I was there from the age of seven) into a brand new apartment in the Hagley Road Retirement Village in Birmingham. After studying law I did all in my power to keep as far away from conveyancing as possible - but this move has involved, almost other things, working with our solicitors to ensure that the deadlines were met (complicated by the fact that as a joint owner in the property since our father passed away, my sister was touring in the USA during the conveyancing period). Anyway the move is now complete & I spent a couple of days this week making sure that she was settling in. I'm very impressed by the ExtraCare Retirement villages. My mother in law moved in the ExtraCare village in Shenley Wood, Milton Keynes earlier this year - and is really enjoying it. I have to say - as an option for retirement - a well built apartment with lots of facilities; plus an active social calendar - it's ideal for retirement. My wife and I often go over to Shenley for the quiz (I blew it this week - the first time I couldn't make it - and our team wins for the first time!) and for other events.

I've also started up a new blog - West of Watling Street. It's about that part of Milton Keynes lying to the west of the Roman Road which has been known (but NOT by the Romans themselves) as Watling Street. I live in Furzton, which is bounded on the North East by Watling Street. The blog includes lots of history - I was provoked by an American friend who said that she loved the city - it is well planned, with lots of walks; cycle routes; trees (30 million!); lakes; a long length of canal.... but she regretted that "it doesn't have the history that she loves about England." I have set out to demonstrate that while MK is a "new city", it is full of history. The Romans lived here (and a Celtic settlement lay just behind my house); there remain a number of medieval villages (within the modern estates); Richard III took his nephew-King into "protective custody" in Stony Stratford; and Bletchley Park played a key role in World war Two. If you want to know more about Milton Keynes rich past - and superb present - then do visit the blog.

All this having been said - Washminster is now back. This month is the 50th anniversary of the assassination of President Kennedy. I've already attended one major conference on his life and legacy, and read quite a bit (and listened to some audiobooks) - so I'll be posting quite a bit about JFK.
Posted by J David Morgan at 05:00