There is already a British Bill of Rights, passed by Parliament in 1689 - but the rights relate to those of Parliament - and not the individual rights we have associated with "Bills of Right" since the 18th Century.

The Green Paper "Rights and Responsibilities: developing our constitutional framework" was published yesterday. It is a consultation paper about rights and responsibilities - one option up for discussion is a legally enforceable Bill of Rights - though the government has signalled that it would prefer a more declaratory, but less enforceable, statement of rights.
It is a goldmine for students of the British constitution - and I recommend reading it closely.
The Green Paper is available at http://www.justice.gov.uk/docs/rights-responsibilities.pdf
and the statement in the House of Commons is at http://pubs1.tso.parliament.uk/pa/cm200809/cmhansrd/cm090323/debtext/90323-0006.htm#0903235000003
The statement was also read out in the Lords - and the ensuing questions are available at http://pubs1.tso.parliament.uk/pa/ld200809/ldhansrd/text/90323-0005.htm#0903238000440
Posted by J David Morgan at 10:04 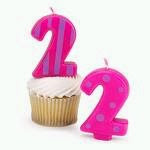 The handover from Blair to Brown on June 27th 2007 - http://washminster.blogspot.com/2007/06/morning-in-westminster.html
Obama's final rally before arriving in Chicago on election eve
http://washminster.blogspot.com/2008/11/manassas-rally.html
and various features on the history of Washington DC (Summer 2008); Constitutional Reform http://washminster.blogspot.com/search/label/Constitutional%20Reform and so on. Use the "Search Facility" at the top of the page to find old articles that may be of particular interest to you.
As reported earlier - Washminster will not be produced as frequently in the near future - candidature for the European Parliament - and moving house to Milton Keynes - are taking up a lot of my time at present. Washminster WILL continue to appear - and full service will be resumed in the early summer.
Posted by J David Morgan at 05:43

Email ThisBlogThis!Share to TwitterShare to FacebookShare to Pinterest
Labels: Washminster

I've just heard the news that the West Wing actor, Ron Silver, has passed away. He played the political strategist, Bruno Gianelli. A few months ago he came to Westminster - and spoke to a large group of staffers, MPs and Peers. It was a very interesting meeting. He was not "just" an actor, but a political player and commentator in his own right.

As a tribute, here is one of his memorable "outbursts" as Bruno

How Many Civil Servants in the UK?

In response to a parliamentary question, the Government has published its estimates of the number of civil servants, by department. While the civil service is often refered to as "Whitehall", the majority will work outside that wide street in London (which is the site of many of the major Departments of State (Treasury; Foreign Office; Ministry of Defence; Department of Health)

The figures are available at :-
http://www.statistics.gov.uk/downloads/theme_labour/Table6AllDepts.xls
Posted by J David Morgan at 11:34

How many members are there in the House of Representatives?

Public Law 62-5 passed in 1911 limits the membership of the House to 435. Yet more than that number participate in the activities (in committee and on the floor)of the House. There are a number of "delegates" from places like the District of Columbia; the US Virgin Islands; and American Somoa. Puerto Rico is represented by a "Resident Commissioner". These may not vote in the whole House, but can vote in their committees.

The long running campaign for DC to have a representative rather a delegate has hit another road block last week - when the legislation was pulled from the floor. Experts argue that even if such legislation passes both Houses and is signed by the President, the Supreme Court will strike it down as unconstitutional.
CRS has published a short paper on the rights of the "non-members" at
http://assets.opencrs.com/rpts/R40170_20090128.pdf
Posted by J David Morgan at 04:59

With the next NATO Summit of Heads of State and Government due on 3–4 April 2009 in Baden-Baden and Kehl, Germany, and in Strasbourg, France - The Congressional Research Service has produced the following reports

What do Peers do?

Many people question what members of the House of Lords do. Of course, with a diverse membership of 731 (as of 2nd March) - there are many different patterns of work. There are a handful of peers in their nineties. A number suffer ill health (membership is for life, only Bishops 'retire' from the House). Some live far away, or have busy careers outside Westminster.

In a recent post on "Lords of the Blog" (which I highly recommend - http://lordsoftheblog.wordpress.com/) Baroness D'Souza (Convenor of the Cross benchers)described her week -

MONDAY: Office to answer mail, e-mails, brief PA, meet on individual basis with several fellow crossbenchers to discuss forthcoming business, possible debate topics, future MoD visits, and the like. Our office is tiny and houses three people and sometimes feels like Piccadilly Circus.
Oral Questions in the Chamber and then the last day of the Banking Bill - Ministers must feel relief.
Leaders’ meeting to discuss current events - and digest a number of papers for the following morning. Have a meeting with three other crossbench peers to do some brainstorming; this is a mini think-tank I have set up to review from time to time the work of the Independent Crossbenchers and to talk around any structural/political issues
Attend North London Chinese Association dinner at Royal Albert Docks - takes a good hour to get there and find the restaurant. Speak on need for Chinese representation in Parliament, get home by midnight.

TUESDAY: Get in by 8.30 to answer all the mail and write all the letters I failed to finish yesterday. Write up Minutes of last evening’s think-tank meeting. Coffee with Viscount Montgomery who wishes to discuss aspects of the House machinery at length. Regular monthly meeting with the Lord Speaker to exchange views and brief her on crossbench issues. Another Leaders meeting to give opinions on papers received yesterday. Oral Questions and another long committee day on the Marine and Coastal Access Bill.
House Committee (this is the primary committee to which most other committees ultimately report and is chaired by the Lord Speaker). Meeting with the Government Chief Whip. Supper with a colleague. Meet Lord Adebowale and once again try to persuade him to become a blogger - he is willing but also really busy (and actually thinks it may be more difficult than it is!).

WEDNESDAY: Meeting with Opposition Chief Whip on forthcoming business. Prepare agenda for crossbench weekly meeting and brief staff. Meet with various colleagues and then with the LibDem Acting Chief Whip. Chair crossbench meeting at which the Leader (Baroness Royall) speaks to us. She is bombarded with questions all of which she answers quite straighforwardly.
Oral questions in Chamber at which I ask if the UK Government will make representation to the SADC Countries who are the guarantors of the recent settlement in Zimbabwe to lobby for the release of human rights activists and political detainees.
Rush to and back from the dentist in time to meet Christine Lee who is now legal counsel to the Chinese Government in the UK and busy with the recent incident involving the shoe thrown at the Chinese Premier during his visit to London. Begin writing up Minutes of crossbench meeting
Attend the Channel 4 Political Awards dinner and home relatively early

THURSDAY: cancellation of a meeting (agreed with a colleague the other day that we must be the saddest people because we both get very excited when something is cancelled!) which allows me a blissful hour and half to read all the press clippings piling up on my desk for the last three days.
Consider a Private Notice Question (PNQ) which has been tabled by Lord Taverne of the LibDems and concerns the Government’s intention to deny the Dutch MP, Mr Geert Wilders, entry to the UK. The criteria for a PNQ are importance, topicality and urgency. This was all three but I feared that the question might itself lead to a kind of slanging match in the Chamber. However, it was allowed by the Lord Speaker and I took the opportunity amongst many others to question the Government’s action. I do not much like aligning myself with the UKIP member who had invited Mr Wilders to show his film in Parliament but it is a free speech issue as all those who also asked questions pointed out.
Privileges Committee Meeting - a long and thorough couple of hours.
Tea with two crossbench colleagues to discuss a new project. Back to my office to do more letters, answer voice mail, do e-mails, clear my desk, discuss the coming week with my PA and our research intern and then off to present the award to the crossbench researcher of the year at the HOUSE Magazine Awards ceremony.

FRIDAY: meeting in Cheltenham and then to Gloucester to record a BBC interview and home to catch up on domestic mail (including a parking ticket), read background papers for speeches I will give on Afghanistan and House of Lords Reform at the end of February.
Feed birds, water plants , e-mail friends and family etc and PACK for departure to Namibia tomorrow as part of Parliamentary Delegation.

I did some research last year on the turn out for divisions (Votes) by the Government party (Labour). What is surprising is the regular high turnout - though there is nothing to require Members to attend.
Posted by J David Morgan at 05:33

Email ThisBlogThis!Share to TwitterShare to FacebookShare to Pinterest
Labels: Baroness D'Souza, House of Lords, Lords of the Blog

Email ThisBlogThis!Share to TwitterShare to FacebookShare to Pinterest
Labels: Gordon Brown, US Congress

The following written question was tabled and answered -
Mr. Maude: To ask the Leader of the House how many Henry VIII clauses were contained in primary legislation enacted in Session 2007-08.
Chris Bryant: Henry VIII clauses, which confer on Ministers the power to amend the statute itself by delegated legislation, or to amend other statutes, are included in legislation for a variety of reasons.
In some cases, such as section 6 of the Smoke Detectors Act 1991, they confer power to make significant and wide-ranging amendments to the parent Act. In other cases they may be used to make incidental and consequential amendments to existing Acts.
The Government do not routinely collect or hold information about the number of Henry VIII provisions so the information requested could be provided only at disproportionate cost.

The Minister gives a succinct definition. The answer was disappointing in view of the concerns about the (perceived) increase in the use of such clauses. They transfer legislative power from Parliament to the Executive. For more on Henry VIII clauses see http://washminster.blogspot.com/2007/06/henry-viii-clauses.html

Is burning the Flag a desecration that should be punished? or the ultimate exercise of freedom of expression? In the United States a number of people believe that the constitution should be amended to allow the banning of flag burning.

The Congressional Research Service have produced a research paper on flag burning. It outlines the position the Courts have taken, and the attempts to ban this controversial activity.
http://assets.opencrs.com/rpts/95-709_20090107.pdf
Another interesting (private) resource is available at http://www.esquilax.com/flag/
Posted by J David Morgan at 05:28

Email ThisBlogThis!Share to TwitterShare to FacebookShare to Pinterest
Labels: Right to Protest, US Flag