Dicey and the Rule of Law 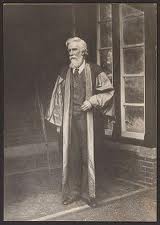 I've argued before that the great value for law and politics students of A V Dicey is that he has encapsulated central doctrines of the UK Constitution in lists of three pithy points. That makes it easier to see how different aspects of an idea are connected - useful when first learning a topic - but also great as a foundation for revision.

When writing essays, be it for term papers or TMAs, the list given by Dicey can provide a useful structure when describing; explaining; applying and discussing a doctrine.

(1) "no man is punishable or can lawfully be made to suffer in body or goods except for a distinct breach of law" - a respect for the Rule of Law means that there will be no arbitrary punishments. Only when a breach of a PRE-EXISTING offence occurs - and the person is tried in a properly constituted and impartial Court - can a citizen be punished.

(2) There is "equality before the law." As Denning put it "Be you ever so high, the law is above you" - No one is above the law, whatever their background or status. Similarly - as Magna Carta promised in 1215 - "To no one will we sell, to no one will we refuse or delay, right or justice"

(3) "The constitution is the result of the ordinary law of the land." Parliament (a partly elected body) will be able to pass whatever laws it wishes. The people are free to elect representatives who are free to legislate without the constraints that a perhaps centuries-old Constitution - written by fallible men in very different circumstances - would impose.
Posted by J David Morgan at 05:00