The Most Politically Controversial Statements on Education 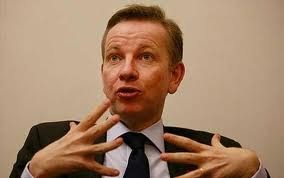 Education - as you might imagine of a University lecturer with a family which has been involved in education for three generations - is close to my heart. Online Colleges have produced a list of the ten most controversial statements about Education made by politicians. Of course it is US based - but values are shared across the Atlantic. (And worrying Michael Gove, the current Secretary of State for Education - a journalist not an academic or a teacher - is very much influenced by some of the right wing ideas emanating from the USA).

"No one argues that the American public education system is in crisis. But the question of how to revive it is a difficult and increasingly partisan one. Many politicians, no strangers to rhetoric, have grown fond of using public education as their whipping boy, giving favorable crowds what they want to hear but often stirring controversy in the process. Here are 10 of the most buzz-worthy quotes that stirred up a hornet’s nest.


“President Obama once said he wants everybody in America to go to college. What a snob.”

The campaign trail has historically been a place where reason and common sense go to die, and in the 2012 election that seems to be holding true. GOP candidate Rick Santorum recently made headlines by calling President Obama a “snob” for supposedly saying every American should go to college so that he could “remake people in his image.” Apart from the fact that the president never said that, Mr. Santorum happens to hold three degrees — one more than President Obama.

“Like his colleagues in the faculty lounge who think they know better, President Obama demonizes and denigrates almost every sector of our economy.”

Presidential candidate Mitt Romney would like you to note that he was making odd jabs at education well before Rick Santorum. In September 2011, Romney attempted to paint a picture of the president drinking brandy with east coast intellectuals while mocking blue-collar workers. The “faculty lounge” in question was apparently another reference to Harvard’s faculty lounge, the first coming in August. Romney told veterans Obama’s foreign policy is weak, saying, “That may be what they think in that Harvard faculty lounge, but it’s not what they know on the battlefield.” There’s just one problem, Mitt old chap: you went to Harvard and Harvard people donate money to your campaign.

“Most of these schools ought to get rid of the unionized janitors, have one master janitor and pay local students to take care of the school.”

Your 9-year-old doesn’t have enough money, you say? Well has he thought about being a janitor at his school? Thus proposed candidate Newt Gingrich at a Harvard (big surprise) speech in November 2011. Newt Gingrich was born 70-years-old with white hair and a tie, which explains why he had no idea it would be excruciatingly embarrassing to be a janitor at your own school. Or that the suggestion was pretty darn offensive.

The full article is available at http://www.onlinecolleges.net/2012/03/20/most-politically-controversial-statements-on-education/

Perhaps one day I will post some of the comments of Michael Gove and his sidekick, Nick Gibb - but while you might think the comments are funny, I could weep!!!!
Posted by J David Morgan at 05:00