Divisions in the House of Commons

If you click on the link below you'll be taken to a clip of the House of Commons whilst a division takes place. In the photographs which follow you have the notes I made from Erskine May which go in order through the elements in that division.                   [CLICK ON THESE TO EXPAND]
I hope it will give you a deeper understanding of the process.

Just a few words of explanation. The clip starts with the Minister (Nadine Dorries) responding to an Opposition Day debate on health inequalities. Then the Opposition Chief Whip moves closure (an issue I will deal with in a later post). The key words are "the question now be put". which is agreed to unopposed.

"That this House notes the publication of Health Equity in England: The Marmot Review 10 Years On; is concerned by its findings that since 2010 improvements to life expectancy have stalled for the first time in more than 100 years and declined for the poorest women in society, that the health gap between wealthy and deprived areas has grown, and that the amount of time people spend in poor health has increased across England; agrees with the review that these avoidable health inequalities have been exacerbated by cuts to public spending and can be reduced with the right policies; and calls on the Government to end austerity, invest in public health, implement the recommendations of the review, publish public health allocations for this April as a matter of urgency, and bring forward a world-leading health inequalities strategy to take action on the social determinants of health."

As you'll see the government backing members don't want that wording - so there is a division on the question "that the original words stand part of the question." which they will oppose. 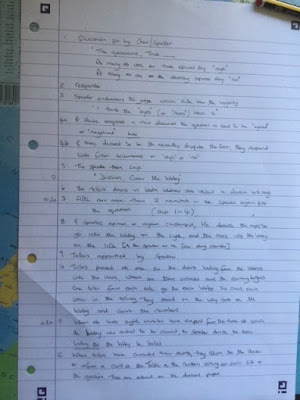 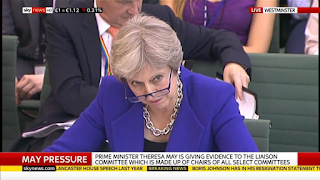 
LIAISON (MEMBERSHIP) Mr Jacob Rees-Mogg
That -
(1) With effect for the current Parliament, notwithstanding Standing Order No. 121 (Nomination of select committees), the Members elected by the House or otherwise chosen to be chairs of each of the select committees listed in paragraph (2) shall be a member of the Liaison Committee;

(2) The committees to which paragraph (1) applies are: ......
(3) Sir Bernard Jenkin shall also be a member, and the chair, of the Liaison Committee.

“(3) The chair of the Liaison Committee shall be a current chair of a Select Committee.“.

“(3) The chair of the Liaison Committee shall not be a current chair of a Select Committee, but a member from the governing party, elected under arrangements made by the Speaker as if Standing Order 122 B applied.”.

It might sound a bit parochial - but there are key issues at stake. I would encourage you to read the Report prepared by the Hansard Society. It is called

"Who chooses the scrutineer? Why MPs should resist the government's attempt to determine the Liaison Committee chair" - and is available via the link below