The Development of a Convention 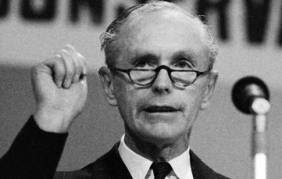 Clearly the change in powers in the Parliament Act of 1911 altered the relative importance of each House - but there was no express suggestion in that statute about where the Prime Minister should sit. The key milestones were:-


1923 – Lord Curzon is considered as possible successor to Bonar Law, but Stanley Baldwin is chosen. The view was prevalent that this was because Curzon was a Peer.

1940 – Lord Halifax, though more popular within the Conservative Party, does not take over from Chamberlain, as doubts expressed about whether a Peer should be Prime Minister