Why all Lawyers should read...

...the works of Thomas Paine. 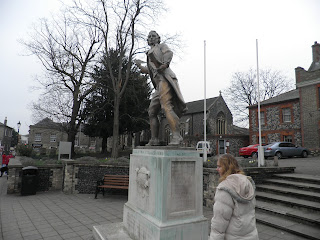 There are many thought provoking comments made by this remarkable. Here are a few to reflect upon:-

"A body of men holding themselves accountable to nobody, ought not to be trusted by anybody" - Rights of Man part 1, 1791. Has this new relevance when Government is handing over powers to corporations to carry out tasks once reserved to democratically elected (and accountable) bodies? Does the abandonment of regulation Threaten the accountability of those who exercise great economic (and political power)?
“It is the duty of the patriot to protect his country from its government.”

“Government, even in its best state, is but a necessary evil”

“A long habit of not thinking a thing wrong gives it a superficial appearance of being right.” – perhaps of relevance to the doctrine of precedent; to ‘conventions’ as a source of constitutional authority, and the remaining importance of the ‘Royal Prerogative’

“He that would make his own liberty secure, must guard even his enemy from oppression; for if he violates this duty, he establishes a precedent that will reach to himself.” – consider with reference to the protection of Human Rights, both inside and outside the country.

“Wealth is no proof of moral character, nor poverty of the want of it.” – Worth keeping in mind as we reward the very rich, and penalise those on modest incomes – especially as a particular variant of ‘moralism’ is being increasingly used in the treatment of those previously helped by the benefits system.

On the English Constitution "But that it is imperfect, subject to convultions, and incapable of producing what it seems to promise, is easily demonstrated."

Could I recommend reading two of his most famous works - "Common Sense" and "Rights of Man"
The Thomas Paine Society's website can be accessed here.