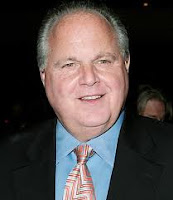 I remember a discussion with an academic colleague - who was of the view that 'law' and 'politics' were two academic disciplines that should never be mixed. As you can imagine we disagreed strongly on that one. Constitutional Law (particularly in Britain, but the same applies to countries with written constitutions where all the major rules are set out in that document) is about the inter-relationship of legal rules and political practice.

A legal issue is also at the centre of political discourse. My W200 students have recently submitted their first assignment (eTMA in 'OU-speak'). I'm currently marking them. The first question reads -

"You have read the following paragraph in a letter to a newspaper; “In my view, if something is immoral, it should also be illegal. Also, the difference between civil law and criminal law is pointless; if someone has done something wrong, the same court should be able to deal with all the issues”.

Discuss the views expressed in this letter, explaining the differences between
a) Law and morality, and
b) Civil law and criminal law.

Evaluate the extent to which you think the views expressed are correct."

I may deal with the criminal/civil issue in a later post - but if you look at the current debates going on in the USA the issue of the relationship between law and morality is central. Most people agree that there is an area of personal morality which is entirely private. The State should not interfere. There is also widespread agreement that some acts have public consequences and the State should intervene to promote or dissuade such behaviour. The argument is over where the lines are drawn.

Some call for "the State to get off the back of business". They don't want the State interfering in how they conduct their business affairs. Others say that the State should intervene to protect people from those with fewer scruples. That's why we have health and safety legislation. It's why trading standards is one of the oldest functions of government. Today most people regard slavery; child labour; misleading advertising as immoral - but should the State criminalise such behaviour. Have a look at the debate about regulations with this perspective.

In the US at the moment we see debates about the state enforcement of morality in the sexual area. Some people genuinely believe that homosexuality is wrong - but should the State deny the legal protections of long term relationships (such as the right to inherit property or to have a say in the medical treatment of a partner) to those who don't share that moral view? That is what the debate about the legalisation of gay marriage is about. Should those who oppose abortion be able to enforce their will on those who disagree? We've even seen attacks on contraception.

So law and politics are closely related. In a democracy we the people have the responsibility for the laws in our society. The results of this years elections in the USA and France will have an impact on where the line is drawn between the 'personal' and the public. Our representatives will decide when faced with the economic crisis, whether the burden is shared fairly or not (and we could argue about what a fair share means - our personal morality will influence this). The politicians we elect will have the job, on our behalf, of holding those who wield power to account (for example the Murdoch press; the Bankers; those who run companies and choose to allocate the greater rewards to themselves whilst stripping the rights and rewards for their workers). Whatever your views - as a citizen in a democracy - you have a duty to play your part in determining where the boundaries should lie. YOU make the laws....
Posted by J David Morgan at 08:14