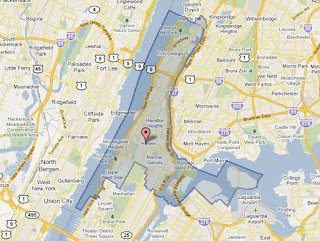 One of the raft of primaries to be held on Tuesday 14th September is attracting particular attention. NY15 (New York's 15th Congressional District) is currently held by Charles Rangel - currently coming to the end of his 20th term. [he was first elected in 1970 - and is now over 80]. It is not his age which has made him vulnerable. The ethics charges which he is facing are the reason that this major player in US politics is facing a serious challenge.

NY15 covers Harlam and northern Manhatten. In 2007 the district was 28% Black and 46% Hispanic - Powell is  the son of the most famous black of his time, and the daughter of a mayor of San Juan, Puerto Rico - and was raised and educated in Puerto Rico after his parents separated. 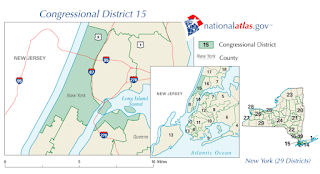