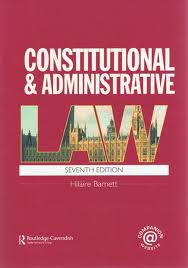 ...Not the ones that are held by political parties (in Britain we call them "Party Conferences" - the first one starts today) - or the preparatory meetings held in order to write a Constitution, but the ones which are an important source of the British Constitution.

Washminster posts on "conventions" - which may be useful for revising "Constitutional Law", as many of my Open University students are doing now! include -

The key things to know about conventions are

1 Definition - non-legally binding (in other words they would not be enforced by the Courts) - but which the political actors regard themselves as bound by.

2 Examples - (1) that the Queen always gives the Royal Assent to bills passed by Parliament (2) the Queen appoints as Prime Minister, the person most likely to command a majority in the House of Commons (3) the Prime Minister is a Member of Parliament (4) Judges do not play an active part in political life.....

3 Their relationship to the Royal Prerogative - conventions apply to many of the uses of the prerogative.

There is an excellent section on conventions in Hilaire Barnett's book - "Constitutional & Administrative Law" (pictured)
Posted by J David Morgan at 05:12