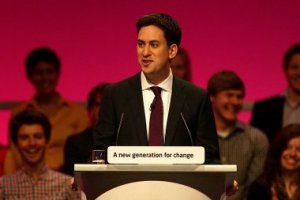 Highlight of Annual Conference is the Leader’s Speech, and the day surrounding it is usually one of the busiest of Conference. I had videoed much of the breakfast fringe, and will post the results when I return home. The rest of the morning was spent talking to friends; visiting exhibitors stalls and watching the Crime & Justice, Citizenship and Equalities debate.


At lunchtime I attended the Hansard Society’s fringe meeting, “Jack of All Trades: how can MPs fulfil all their roles?” It was well attended, with a number of new MPs in the audience. The panel consisted of the Guardian’s Polly Toynbee, Jon Cryer, Stella Creasy and Jack Straw. Many contrasts were made with the so-called Golden Age (when MPs rarely rebelled; held down other jobs and attended Westminster just for drinks and the 10pm vote; occasionally visited their constituencies (if at all) and received a handful of mail). Much was made of the tyranny of “They Work for You” – a website which produces data about MPs “activities”, sadly it measures quantities rather than quality – and stresses activities which in reality misrepresent the effectiveness and impact of an MP’s work. There are indications that parliamentary time is wasted in order to manipulate the figures produced. [Meetings with constituents; civil servants & ministers are not recorded; neither is the quantity and quality of correspondence; and thoughtful and effective questions in committee are ignored – but pointless interventions in debate or question time are.]

Once the meeting had finished we headed to join the queue for entry to the hall. Sadly our standing in line, despite having tickets, was to no avail. I had to watch the speech on the giant TV screen by the Unite (the Union) stall. Even some delegates – the 650 (actually a few less as some constituencies hadn’t sent anyone) representatives of their constituency parties, were unable to get into the hall to be seated. The speech went down well with people in the hall and those watching on screens around the rest of the complex. The speech is available to view here.

After the speech there we discussed our opinions with friends we bumped into – many of us eventually taking our conversations in the cold, into coffee shops and the bars. After a meal – and a fascinating discussion with a steward from a rally outside Manchester calling for electoral reform I made my way to my hotel (via the local branch of the bookshop, Waterstones – where I bought a copy of Bob Woodward’s new book “Obama’s Wars” – much of the evening was spent reading it.

Conference continues until Thursday, but at a gentler speed now that the Leader’s Speech has been delivered. Once again I am writing this in my hotel room, but uploading it as I drink a coffee in Starbucks. Next I will be reading a selection of newspapers then heading for the conference complex.
Posted by J David Morgan at 07:47