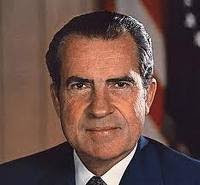 Presidents have claimed the right to withhold information from Congress - the first time that the issue arose was in 1792 when Congress sought to inquire into the disastrous expedition of General St Clair in Ohio. An entire division of the US Army was lost. President Washington called a cabinet meeting at which the issue of how much information should be provided was discussed. Although there are no cabinet minutes, Jefferson (Secretary of State)  described the discussions in his diary - and that the cabinet concluded that the President "ought to communicate such papers as the public good would permit and ought to refuse those the disclosure of which would injure the public".

The issue of Executive Privilege has been of importance in the latter part of the Twentieth Century. This reflects both the increased importance of the President within Government generally and national security in particular - and moves towards greater openness.

In the 1953 Supreme Court decision of US v Reynolds it was held that national security could be a valid reason for the Executive withholding sensitive information. Richard Nixon attempted to use the doctrine in his efforts to stave off investigation of Watergate. Two important recent cases are
Espy and Judicial Watch. Claims of Executive Privilege were particularly controversial in relation to Harriet Myers and Josh Bolton.

A CRS paper on the subject is available here. Emily Berman has written a report published by the Brennan Center which argues that this doctrine needs to be rolled back. She proposes an Executive Privilege Cofication Act.

Her paper is available here.
Posted by J David Morgan at 05:15