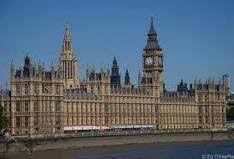 The House of Commons, but NOT the House of Lords, return for two weeks on Monday. I will be watching closely the activity on constitutional reform.

The Parliamentary Voting System and Constituencies Bill is due to have its Second reading on Monday. On Tuesday at 10am the Political & Constitutional Reform Committee will take evidence from Malcolm Jack, Clerk of the House; and Professor Robert Blackburn Professor of Constitutional Law at King’s College London. This session will concentrate on the Fixed-term Parliaments Bill. This Bill is due for its Second Reading on Monday 13th September.

The committee will meet a second time on Thursday at 10.15. In this meeting they will consider the Government's proposals for voting and parliamentary reform - which is contained in the Parliamentary Voting System and Constituencies Bill. The first set of witnesses will represent the Boundary Commissions for England, Scotland, Wales and Northern Ireland. At 11.00 they will take evidence from Ipsos MORI and Dr Stuart Wilks-Heeg, Director of Democratic Audit - which is based at the University of Essex..
Posted by J David Morgan at 05:17