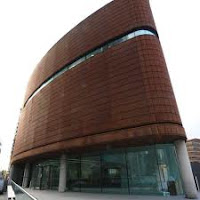 Monday afternoon was spent at the People’s History Museum, Left Bank, Spinningfields, Manchester M3 3ER. There’s an excellent permanent exhibition about Labour (in the wider sense of working people). The Peterloo Massacre (which happened on the site of the conference venue) is described, as is the history of the Trade Unions, the Labour Party and other centre-left and left wing political groups. The handwritten minutes of the first ever Parliamentary Labour Party are on show. It’s an excellent place to take children – and many key political concepts are defined – but will keep adults fascinated. It’s only a short distance from Manchester City Centre, and well worth a couple of hours. There is no admission charge. There is a gift and bookshop. I bought a number of fridge magnets, all with notable political quotes.


In the evening I attended a reception organised by the Law Society, the body which regulates solicitors (the more numerous branch of the legal profession) and their training (including qualifying law degrees). I thoroughly enjoyed “Diversity Nite”, a fun evening with excellent food – which most of the key players in the Labour Party attended. The night finished at the Guardian Reception – at which I had some interesting conversations about whips (the parliamentary type).

Tuesday is the day of the Leader’s Speech.
Posted by J David Morgan at 07:29