Academic Journals about the British Parliament 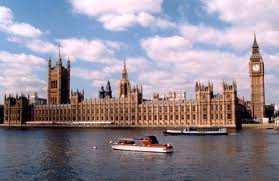 If you are lucky enough to have access to a University Library (physically - or to their electronic journals) there are a number of Journals which you can use. Of course a personal subscription is an alternative [and members of the Hansard Society can get a discount subscription to Parliamentary Affairs - further details here] and Membership of The UK's Political Studies Association brings subscriptions to six of their publications. The American Political Science Association produces three journals as part of its membership subscriptions - and Members of their Legislative Studies section receive Legislative Studies Quarterly.

Parliamentary Affairs - published by the Hansard Society
Parliamentary History - covers Westminster and other parliamentary institutions which have existed in the British Isles and the pre-independence legislatures of the colonies.

Journal of Legislative Studies - published by the Centre for Legislative Studies at Hull University
Parliaments, Estates & Representation - the journal of the International Commission for the History of Representative and Parliamentary Institutions
Government and Opposition - an international journal of comparative politics.
Representation - a publication of the McDougall Trust
British Journal of Political Science -  a respected journal which has been published for over 40 years
The Political Quarterly - a British publication dating back to 1930
Journal of Elections, Public Opinion and Parties - journal of EPOP
Legislative Studies Quarterly - mainly US focused, but some articles on other legislatures, including particular issues facing legislatures generally.
American Political Science Review - has occasional articles about the British Parliament. Published by APSA.
Posted by J David Morgan at 05:21