Does it matter who we vote for?

I care less and less about which members of the political elite hold key offices. Does it really make any difference as to whether its the Old Etonian Boy's Club (Cameron et al)? privately educated MPs [ALL parties - 54% of Conservative MPs attended fee paying schools, compared with 40% of Liberal Democrat MPs, and 15% of Labour MPs.]? or the extremely wealthy (Essential if you want to be a Senator; Congressman and to an increasing extent an MP or Peer)?

[Well yes, if you believe in a representative democracy]

But my point isn't to decry the "pay to play" principle; or to deny that there are vastly different policies being put forward by the different parties - but to consider the implications of an important point made by Lord Acton in 1887.

Sadly, Acton's words are true. There is a tendency for power to corrupt - perhaps not in its grossest form - but subtly, by desensitising people once they achieve power. Recent history is full of examples - the expenses scandal at Westminster is classic. Decent, hard-working, dedicated people ended up making claims which were outrageous - but their time in power had desensitised them. "Group-think" took over. Benefits became entitlements - and the public purse dipped into in a way they'd have condemned before they entered the Westminster village. We've read in the papers over recent months of how people thrust into power - whether they be performers or DJs; or politicians - abused their positions to claim sexual victims. Senator Fulbright spoke of the "arrogance of power" that can be shown by nations - but it can often be shown by individuals.

One of the defining demands of 'Extreme-Conservatives' is for less regulation. Cast off regulation and everyone would be better off. Their little experiment now has its results - the banking crisis; Enron; the horsemeat scandal...

We can't alter human nature - but we can put in safeguards to lessen the change of power corrupting. The Americans when they drew up their Constitution were keen to insert "checks and balances". 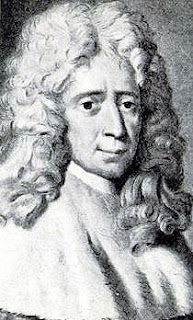 Montesquieu proposed 'separation of powers' as one way to lessen the likelihood of tyranny developing. Even medieval Kings required 'weights and measures' laws to stamp on the 'rip-off merchants.

Requiring greater accountability from those who exercise power is the only way to take on our human failings. Judicial Review in the UK has developed to challenge - not the substance of decisions - but the way they've been taken. A decision made by a public official who has a financial interest in the result of that decision, will be declared invalid. Decisions can be challenged and struck down where there is irrationality; or irrelevant considerations have been taken into account.

At Westminster and in Congress - our representatives can investigate and question how decision makers have acted. The National Audit Office [NAO] and the Government Accountability Office [GAO] can undertake professional, in-depth investigations and report their findings to our representatives. In Britain MPs and Peers can ask oral questions during question times - and grill Ministers in committee.

Freedom of Information laws can also shed sunlight upon decisions made - allowing questions to be asked.