Legislating for a more responsible capitalism

Further to Friday's post on accountability - I recently read a thought provoking paper by Stephen Hockman QC entitled - "Legislating for Responsible Capitalism". You can access the paper here. Tonight he's due to address the Society of Labour Lawyers (of which he is the current Chair), but sadly other commitments mean that I won't be able to attend.

There's a lot of unhappiness about the way some companies - which enjoy legal protection [limited liability for their owners - ability to bring legal action to protect the company's rights - and the assistance of the courts and police] - are abusing their powers. There has been anger at the way a small group within a company can arrange to pay huge salaries to their top managers, while their workers are spied upon; lose benefits (pension rights; holidays); work longer hours - their customers are ripped off - and in the case of banks, cost the public heavily rescuing the system. 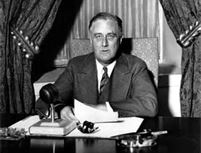 Don't get me wrong - I am not against Capitalism - with proper safeguards, it can be efficient and beneficial. It can bring, and has brought, great benefits to individuals and society as a whole. There is more scope for democracy and liberty than with alternative systems. BUT IT IS NOT PERFECT. Sadly history repeats itself - and the lessons learned from previous failures of capitalism are soon forgotten. I remember as a young man reading Galbraith, who pointed out the recurring cycle of scandal and failure: followed by regulation to address the weaknesses revealed; following by
forgetfulness; followed by increasing demands for a 'bonfire of regulations' and "freedom" for capitalists; followed by relaxation of the rules; followed by the INEVITABLE new scandal and failure. As I read (and hear - I do watch C-SPAN & some US TV thanks to satellites & the Internet) the current bunch of extreme-Conservatives pushing their agenda - I am reminded of the same follies in the 1920s. Thankfully FDR was able to 'save capitalism from itself' (let's not forget Keynes; Beveridge and Aneurin Bevan) and prosperity returned. But our current crop of Extreme-Conservatives (from Paul Ryan to George Osborne and Michael Gove) are determined to free capitalism to fail again. I hope they get thrown out before they succeed - it would be a bit to lose all the benefits of capitalism because they were too stupid to allow safeguards to keep it working well.

I recommend Hockman's paper - well worth reading and thinking about.