Who should make law? 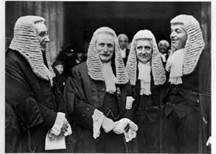 The doctrine of 'Separation of Powers' would confine law making to the legislative branch. However in practice law making is spread across all branches.

In the UK, Parliament frequently allows 'delegated legislation' - giving Ministers and others the power to make rules to flesh out the principles in the Statute. There can be controversy of how much power is delegated - 'Henry VIII clauses', allowing ministers to amend or repeal primary legislation is an extreme example.

In the USA the President (and his administration) are granted rule making powers. Then of course there are 'Executive Orders'.

Judges can also make law. In the UK the traditional 'declaratory theory of law' asserts that judges only declare what the law is (through statutory interpretation), they don't make the law themselves. Well that has been disputed for years (and I'm currently marking assignments on the matter for the Open University's W200 course). Any student of 'English Legal System' should prepare a reasoned argument about the validity of the theory - with arguments backed by evidence from cases.

Apart from the 'Separation of Powers' argument against judicial law making - there are concerns about how representative Judges are of the rest of the country. In the UK, judges are not democratically elected at any level. Professor J A G Griffiths was key in showing how unrepresentative judges were. Until fairly recently most judges came from the same social background; went to the same (private) schools, and attended the same universities - and of course were ALL male. Things have changed - but by enough?

Griffith's "The Politics of the Judiciary" is now in its fifth edition. Much has changed since the first edition - I recommend this book, all law students (and citizens) should read it!