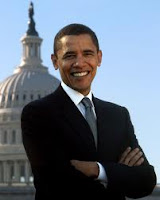 The President of the US makes appointments with the "advice and consent of the Senate. Traditionally, that has involved making an announcement and the Senate confirming (with or without confirmation hearings). The Constitution specifically allows "recess appointments". This power has been used exttensively in recent years, because the Senate has taken to holding up, almost as standard practice, confirmations. (I recommend that you take at look at Mann & Ornstein's ""It's Even Worse Than It Looks" (" the process became acute when Republican majorities in the Senate during the Clinton presidency blocked not just liberals but moderate nominees for judicial posts. Democrats applied it in turn, albeit less aggressively, during the Bush presidency. But the process ratcheted up again with President Obama...", the "process is thoroughly broken. Beyond the use of filibusters, we have had the expanded exercise of individual holds to kill nominations, not simply delay them for a period of time"

The Congressional Research Service (CRS) has recently published a paper on Frequently Asked Questions about recess appointments. You can access it here
Posted by J David Morgan at 09:01