Local elections: 11 reasons why they matter

From an excellent "public service announcement" (a news item on the BBC News website this week).

Pondering whether or not to head down to the polling station in England, Scotland and Wales on Thursday to vote for your local councillor or mayor? Here are eleven reasons why the result of the elections could make a difference to you: 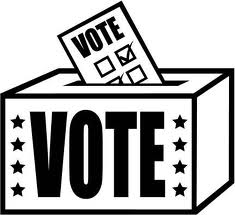 1) Unhappy with your council tax bill? Local councils decide how much you pay. The average council tax bill for a band D property in England in 2011-12 was £1,439, it was £1,162 in Wales, and in Scotland, £1,149. Council tax levels in England and Scotland were frozen or reduced that year and the UK government's been enticing English councils to freeze the rate again by making £805m available for those which limit rises to 2.5% - but ultimately, it's a decision for the local authority.

2) Councils spend a lot of your money - local government spending amounts to about 25% of all public spending in the UK. The largest slice of budgets goes on education, followed by social services - much of which is spent on elderly care - and the police - as well as council staff. In Wales, local government is one of the biggest employers. Local authorities also run library services - often at the forefront of local campaigns against spending cuts - and are responsible for about 50% of social housing across England and Wales, the rest being run by housing associations.

3) But they're having to make do with less cash - and who is in power will determine where savings are made. Councils get money from a variety of pots - but central government funding is being cut each year and, in England, will fall by 26% overall in real terms in the four years to 2014-15 - with a knock-on effect on grants to Scotland and Wales. In this climate, some authorities are trying to reduce their bills by handing over services they used to provide to private companies. Do you feel strongly about whether elderly care should be provided by the council or at arm's length by the private sector? Would rubbish collection be more efficient if it was done by a profit-making refuse company? Your vote could help determine how much say you have over local services in future.

4) Small things that bug you are probably the responsibility of the local authority. Potholes for example - 1.7m of which were apparently repaired in England and Wales last year - usually fall to the council to sort out. Local authorities build, manage and maintain about 96% of roads in England and 95% of roads in Wales. When budgets are tight, road maintenance is the sort of thing which might be getting squeezed. Councils are also generally responsible for parking regulation and enforcement - often controversial.

5) The ballot box is not just the place to have your say on the quality (or otherwise) of local services. It's also where you decide who the person will be on the other end of the telephone if you need to be re-housed or appeal to get your child into the school you wanted. If you're unhappy about the school your child has been allocated, or you live in overcrowded housing, your local councillor should be the person to help.

6) What your area will look like in ten years' time - or sooner - is to some extent determined by the local authority. County, metropolitan and unitary authorities are responsible for strategic planning, such as where housing and industry should be built. Metropolitan, district and unitary authorities also rule on planning applications. From your neighbour's loft conversion to new supermarkets and housing - the council has a say.

7) Even if you care little for local councillors - there's another poll going on this year. Do you want an elected mayor? Or do you vehemently not want an elected mayor? Referendums are taking place in ten English cities on the issue - if there's a big Yes vote, elections will take place in November. Meanwhile in Doncaster, which has had an elected mayor since 2002, there'll be a referendum on whether voters want to keep one. Liverpool and Salford are skipping the referendum stage altogether and going straight to holding their first mayoral elections.

8) Meanwhile in London, the first English city to get an elected mayor in 2000, incumbent Conservative Boris Johnson is squaring up against the man he unseated in 2008 - Labour's Ken Livingstone - and former London police chief Brian Paddick for the Lib Dems, among others. There are no council elections in the English capital this year, barring by-elections, but seats are up for grabs on the London Assembly, which scrutinises the mayor.

9) County councils and unitary authorities in England are also getting new powers over public health, and money to improve it, from April 2013. They can set their own priorities - so will be able to decide whether more money should go to anti-smoking services, obesity initiatives or programmes aimed at tackling alcoholism. They'll work with local doctors and NHS officials on buying in services but will also be taking health into account when making decisions about things like transport and leisure policies. The NHS says local political leadership "will be critical in ensuring public health receives the focus it needs" - that's where voters come in.

10) Quite aside from what it means to you - the results in local elections will be used, however accurately, to draw conclusions about the state of the parties nationally. With the next general election three years away, local elections will be the most widespread test of public opinion about the state of the coalition, Labour, the SNP in Scotland and Plaid Cymru in Wales. A party's poor performance at a local level can give the national HQ the jitters. Last year it was the Lib Dems who took a battering, prompting talk from Nick Clegg of more "muscular liberalism".

11) When politicians argue that they are answerable at the ballot box - this is what they're talking about. It's the only chance you'll get this year to make your voice heard. While voting is not compulsory in the UK as it is in Australia, it is seen as a civic duty and one that should not be taken for granted. Equal voting rights for men and women in the UK have only been around since 1928, following a long campaign for female suffrage.
Posted by J David Morgan at 05:00