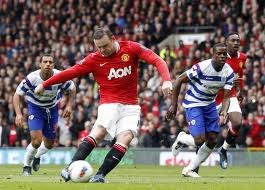 Back to the UK - the Government has let it be known that its 'Pasty Tax' and the 'Caravan tax' will be dropped. While the House of Lords is still sitting - it rises tonight, the House of Commons is in recess.

I wonder whether Ministers will get a reprimand when they return? The Speaker (in line with previous Speakers - but a lot more vigorously) has stressed that the House of Commons should be the place where Ministers announce policy (and policy changes). This is to allow MPs to question - hold to account - the Government. This is important!


While the legislative process in the US Congress can be likened to a game of American Football (I’ll be developing this analogy in future posts) – Parliament is more like a game of soccer– faster flowing, with less emphasis (less, not none!) on strategy and tactics to move the bill forward or halt its progress. But it is like putting an enthusiastic under-11 team against Manchester United. The Government control ‘the ball’ most of the time – and usually the most the opposition or backbenchers can do is kick the ball for a few moments – before the relentless onward march of the Government.
Any thoughts on these analogies?
Posted by J David Morgan at 07:06