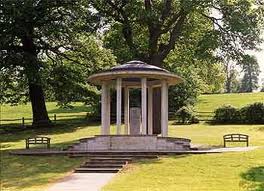 I've always been a big fan of the US Constitution - and the US Congress - yet today I am thoroughly ashamed of the House of Representatives.

This story in CQ Roll Call's Daily Briefing is what has upset me:

The House voted this morning that all terrorism suspects — even American citizens captured on American soil — should be subject to indefinite detention without any trial, either in a military tribunal or a federal court.

A solid majority was in favor of abrogating constitutional rights in this essentially unprecedented way — a clear sign that anxiety about the terrorist threat remains a more pressing political force a decade after Sept. 11 than the need to protect the voters’ civil rights. The 238-182 vote rejected the impassioned arguments from both of the libertarian ends of the ideological spectrum, in which both liberal Democrats and tea party GOP conservatives warned that current law already gives the government way too much power to enter people’s homes, arrest them and hold them indefinitely — and that the defense authorization bill the House is on the cusp of passing would make matters worse. These lawmakers note that, under the bill, American citizens could be jailed indefinitely for even a one-time contribution to a humanitarian group that’s later linked to terrorism.

The vote turned back an amendment by the top Armed Services Democrat, Adam Smith of Washington, to strip out much of the language on detainees that Republicans had added to the bill; he and Republican Justin Amash of Michigan pressed ahead with their efforts even though, late last night, the handwriting for their defeat went on the wall when the House voted (with a 78-vote spread) that detainee trials should as always be held in Guantánamo Bay and never in the United States.

Today's photo is of the monument erected by the American Bar Association at Runnymede - the site of the signing of the Magna Carta in 1215.
Posted by J David Morgan at 17:46