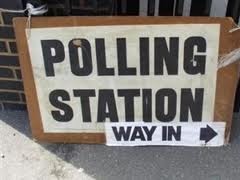 This written question (and answer) was published today

Nick de Bois: To ask the Deputy Prime Minister what steps he plans to take to encourage a higher turnout at (a) general and (b) local elections; and if he will make a statement. [108222]

Mr Harper: The Government is committed to encouraging democratic participation by all sections of society, and through its programme of political and constitutional reform, it is seeking to re-engage individuals and their communities in the political process.


For example the Electoral Registration and Administration Bill currently before Parliament includes a number of provisions to improve the elections process, which will support the participation of overseas and service voters in UK elections and facilitate online registration.


Increasing democratic engagement is not solely the responsibility of Government. Electoral registration officers appointed by, but independent of, local authorities have a duty to encourage participation in the electoral process and the Electoral Commission promotes public awareness of registration. Parliamentarians and elected officials from each of the political parties must also provide people with compelling reasons to vote.

Sadly, the bill will have the opposite effect. It seems to be high on the agenda of right wing parties to erect new barriers to voting. This is seriously concerning to those of us who believe that democracy means that everyone can vote. In practice it is the poor and the young who end up being excluded because of these measures. Am I a little cynical of the motives of those making voting more difficult? Well yes, from experience - when I was a parliamentary candidate - the Tories in my constituency targeted older postal voters in Labour areas - frighteneing them with stories of postal vote fraud. I learned of this while canvassing. The efforts were so successful that many Labour-friendly voters were intending not to use their postal vote. Yet at the same time my opponents were actively signing up known Tory voters for postal votes!