Nearly half a century ago we started "classical studies" as I began secondary school. It was a prelude to a (not very successful) attempt to teach us Latin. I enjoyed some of the stories, but gave them little thought during the following decades.

My interest in Greek history and mythology was sparked again when we decided to take a holiday in Crete. Since that decision two years ago - I've been getting deeper and deeper into the subject. I've thoroughly enjoyed reading (and listening to) Stephen Fry's books "Mythos" and "Heroes" - and spent a lot of time in the British Museum in the Greek galleries.

Ahead of the current exhibition at the British Museum - "Troy: Myth and Reality" I bought the book written for the exhibition - well worth a read, and I have found it fascinating. I had intended to visit the exhibition soon after it opened in November - but the General Election, in which I stood as a candidate - put an end to that hope. I am intending to go to the British Museum very shortly. Over the recent holidays I've been reading the book and other background material. I'm hooked - I've even started on (an English translation) of Homer's "Iliad" 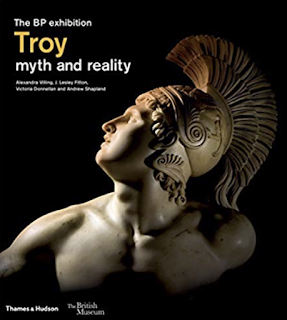