2020 has arrived - and Washminster has returned!

London - which includes Greenwich - where the "Prime Meridian" runs through, welcomed the New Year in, five minutes before this was posted. 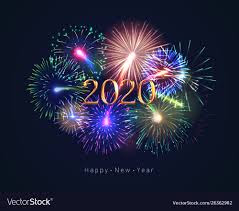 However it still has a long journey to go. It will reach the USA at 05h00 but the final welcoming of 2020 will be in parts of the US Minor outlying Islands at Noon on Wednesday (GMT).

Wherever you are reading this - and whether the New Year arrived many hours ago - or is still some time off, may I wish you a Happy New Year.

At first the posts may be separated by a few days - as I get back into the rhythm. It's been a long time since I was blogging on a regular basis. You can still look back at some of the earlier posts. The first was made on Wednesday 7th March 2007, and began as an exercise to get me writing on a regular basis, ahead of starting to study for a Ph.D. at the University of Hull. I was working at Westminster at the time , and was able to witness some of the key events of that decade. On the 27th June 2007 I posted a number of times from the Palace of Westminster - as Tony Blair stepped down and power passed to Gordon Brown.

I've posted about the various US Presidential Elections - and reported from Washington at the height of each one. 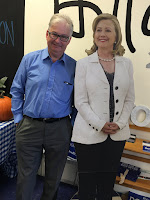 (Warning - this is me! But I'm pictured with a cardboard cutout of Hillary Clinton - taken in a Democrat campaign office in Fairfax County, Virginia)


Many of my posts were written with my students in mind. But time moves on - and some of the law may no longer be applicable. Certainly the British Constitution has seen many changes in recent months.

So what will the new Washminster look like? It will of course continue to bring news and insights about the British Parliament and the US Congress - but won't stop there. While I continue to follow both - I am also interested in what is happening elsewhere - do expect to read more about the French Parliament; the European Parliament; and politics across Europe (especially France, Greece and The EU), the United States and China.

Much of my time will be spent exploring History - so expect lots of posts about areas that I will have been researching. These will include the ancient history of the very modern city that I live in (Milton Keynes); British History from the re-population of Britain after the last Ice Age to the death on the Battlefield of Bosworth of Richard III; Ancient Greece and Ancient Rome - and China (plus anything else that attracts my interest). I'm looking forward to going to the Troy exhibition at the British Museum - I had intended to go a lot earlier - but was otherwise engaged as a candidate in the Parliamentary constituency of Buckingham. The British Museum is a great place to visit - and is now one of the most places that I visit most frequently in London.

As the year progresses, I also hope to visit a number of interesting places around the UK (and beyond?) - Ill be posting about those too. 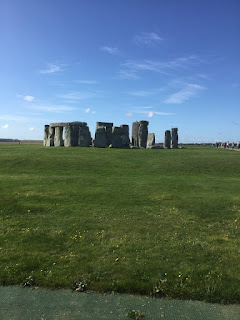 Do subscribe to this blog - and send me your comments. I'm hopeful that I'll be able to invite some guests to post for a one-off or even a regular basis.