What's the point of law? 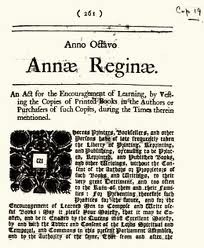 A big question indeed - and there are many who argue that Congress and Parliament should actually do LESS legislating. I don't agree with the premise which lies behind some expressions of that view. There is a belief that the less government the better. My take on history is that when government has been inactive, the economy has gone bad (1930s & recent years); lack of regulation has led to disastrous scandals (see the Banking Crisis) and the powerful and unscrupulous have been free to exploit everyone else. But I'm entitled to my opinion - as you are to yours.

However it is a legitimate concern that "poor legislation" has been produced - or that the Courts (who also make Law) produce decisions which can have a serious detrimental impact on society and democracy.

But why do we use law? It is a tool to regulate, even change behaviour. Actions which society wishes to discourage can be prohibited (or failure to do positive actions discouraged) by providing for criminal sanctions. It can provide a framework for relationships - such as the law of contract. It can be a useful exercise to analyse legislation.

What is the provision doing? - does it grant a power; or impose a duty. Does it prohibit certain actions?
Why is the provision there? - what was Parliament/Congress seeking to achieve?
How else could this objective be met? - is a law the only answer? could economic incentives lead to similar results?
Posted by J David Morgan at 05:30