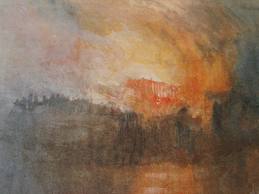 "My Lords, I beg to move the Motion on behalf of my noble friend Lord Freud. I also felt that it might be a useful opportunity for me as Leader of the House to say a few words about the relationship between the two Houses and, in particular, the financial privilege of the House of Commons. After all, this being Valentine's Day, it is not a bad time to talk about relationships.

Perhaps I may begin by commending to the House the statement made by the noble Baroness, Lady Royall of Blaisdon, on 10 February 2009. Everything I say today is based on that material and I am grateful that there is not an inch between us. I also commend the paper on the subject by the Clerk of the Parliaments of 10 February 2009 (see appendix 2 of this document), yesterday's update by the current Clerk of the Parliaments, and the note published by the Clerk of the House of Commons last Thursday. All three documents are available in the Library and online. They all accord with each other and clearly set out the position, which I shall now try to do with something approaching the same clarity and accuracy...."

As you will see it was a likely discussion with some serious concerns raised. Baroness Royall said:

"The Government's majority in the Commons means that politically in practice the Government have a huge influence on whether the Commons waives its financial privilege. It is therefore appropriate for this House to consider these issues and the issues arising in relation to the role of this House in the legislative process. However, I suggest that today is not the time to have such a discussion. I know that many Members from all sides of your Lordships' House-very much including those on the government Benches-are concerned about these wider matters and want to debate and discuss them. I know this because many noble Lords have come to see me about this issue."

Baroness Boothroyd, the former Speaker of the House of Commons, said:

"I certainly do not challenge the primacy of the elected Chamber and its control over financial policy. Neither do I intend the role of this House to be neglected as the revising Chamber with special responsibilities for the scrutiny of the legislation that comes to us.
The constitution of our country operates by convention. The Leader of the House talked about relationships on this special day, but I remind him that this is a bicameral Parliament; it operates by negotiation, by the ways and means of getting things done. Where were the usual channels during all this? The usual channels assist good relations not only between political parties but between the two Houses. By good will and by negotiation, they might have arrived at some compromise on the amendments to this Bill rather than have the Government behave in what I regard as the very heavy-handed manner that we witnessed the other week."
It may have been a skirmish - but there is a real war going on over the British Constitution. Legislation was rushed through extending the length of Parliaments (from a MAXIMUM of 5 years - not often reached to a fixed term of 5 years); this Session - which would normally only last 12 months - but has often been extended by a few months in the first session previously - will now last an incredible TWO YEARS. A massive programme of radical change has been pushed through the Commons with debate curtailed by "Programme Motions" - and the House of Lords threatened when it has sought to exercise the scrutiny that the Commons has been barred from giving. There are interesting times ahead...
Posted by J David Morgan at 11:32