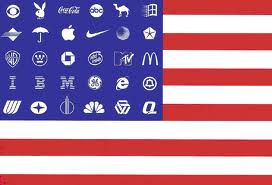 Western political and legal theory stresses the potential threats to liberty that can come from "the State". The doctrine of "Separation of Powers" is a classic example. Montesquieu warned that if the three functions of government (1 Making Law - legislating (2) Carrying out the law - the job of the 'Executive' and (3) Judging - interpreting the law and applying the law in disputes) were in the same hands, tyranny would follow. Other legal doctrines such as 'the Rule of Law' should govern the action of the State (illustrated by the provisions of the Magna Carta and today's remedy of Judicial Review.

But the State isn't the only source of threats to the rights of citizens. As Magna Carta sought to curb the excesses of a monarch, it didn't seek to curb the actions of 'over mighty subjects'. The Barons at Runnymede didn't want that issue addressed!

The phone-tapping scandal involving the News of the World (another part of Rupert Murdoch's global media empire); the damage to the livelihood of people affected bt the BP scandal; the ability of corporations to use their money to influence the political process - show that powerful business interests are a threat too.
Posted by J David Morgan at 05:44