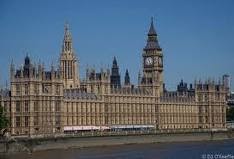 Whether you are studying English Law or UK politics, it is useful to be able to describe and explain the legislative process. Even better, is having the knowledge to discuss the strengths and weaknesses of the current process.

The system is well explained on Parliament's website. This is an interactive guide, and it is worth watching the short videos. Use this as a tool to enable you to confidently explain what the various stages in the passage of a bill are - and what purpose each stage serves.

Criticisms of the legislative process have been considered in a number of reports - and some have been acted upon. I would recommend reading (at the very least, the introductions to)

In summary criticisms that are often made include
- the language used in bills is difficult to understand - and amendments can make it worse
- there is insufficient pre-legislative scrutiny
- changes are made in haste
- the process is dominated by the Executive
- there is a lack of meaningful debate
- insufficient scrutiny during the legislative process - and MPs may be reliant upon lobbying groups for
information
- the workings of particular pieces of legislation are not reviewed (lack of post-legislative scrutiny)
Posted by J David Morgan at 05:29