The cost of running Democracy 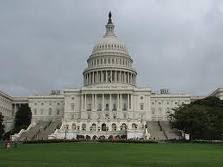 No one ever said that a democracy was cheap to run. It would be cheaper to run a dictatorship or an oligarchy. There are none of the costs of elections - or of having to make provision for accountability!

The US Congress has invested in ensuring that its members are provided with the information to hold the Executive to account, and provide services to their constituents.

So what does it cost to run the US Congress, or other Parliaments for that matter?

See my posts on

Over the last century and a half the power of the Executive has grown enormously. Congress has sought to equip itself to do the job the founders intended, by establishing

Without them, Congress would be without the tools to work on behalf of the citizens whom it represents. The claims made by the Executive (and its agencies) couldn't be independently assessed. Individual citizens wouldn't have someone to help them in their disputes with officialdom.

What are the costs of running the US Senate and the House of Representatives? - a lot. Would we be better off by stripping Congress of the resources it needs to do its job? Only if you think that democracy shouldn't have any teeth. So what was the American Revolution all about?
Posted by J David Morgan at 18:01