The road to Runnymede goes through Milton Keynes!

I've been using some of the (small) amount of free time I have at the moment, to read up about the events leading up to the meeting at Runnymede. Using my modern atlas of France, I've been able to plot (approximately) his itinerary during the disastrous campaign of 1214. 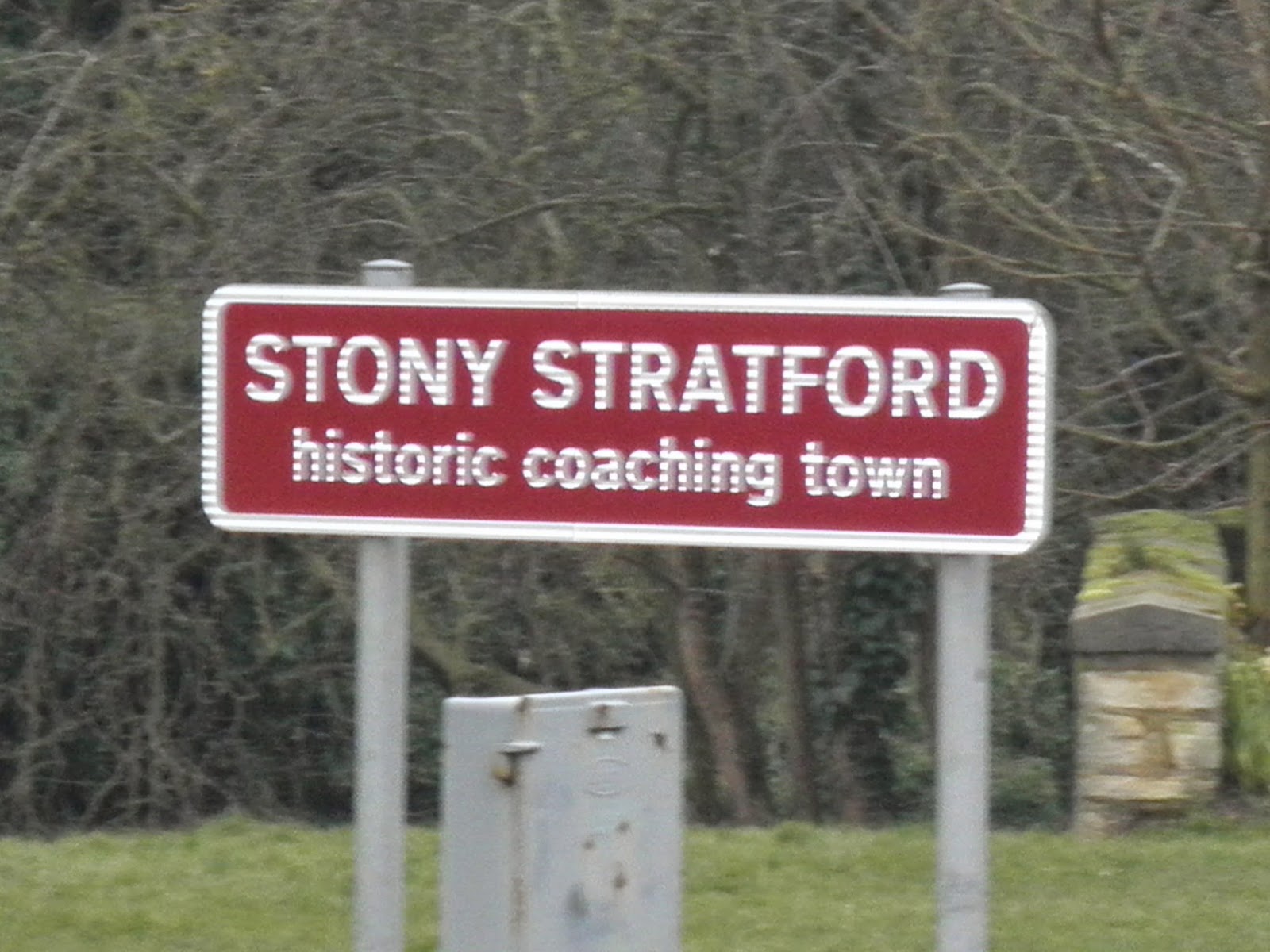 By 800 years ago this week King John had moved into the Midlands (much of the time in previous months he had been in London or southern England). After a few days in Woodstock (just to the north of Oxford - and close to the site of Blenheim Palace - in fact, after Woodstock Palace was destroyed during the Civil War of the 17th Century - stones from it were used to construct Blenheim) - he moved to Silverstone (now the centre for motor racing). From there he travelled to Northampton, spending a night in Blisworth. Northampton had a grand castle - reputedly his father's favourite castle in England. Sadly little now remains - but the station, built on much of the site, is still known as Castle Station.

Then - 800 years ago today - he left Northampton to join the main route from the Midlands to London. He came to Stony Stratford - now part of Milton Keynes. It is an ancient town (though of medieval origin rather than Roman). In Roman times, there may have been some settlement across the Great Ouse river in what is now known as Old Stratford, but the Roman Road (Watling Street) ran through countryside in what is now Stony. (I am writing this from home - in Furzton, which adjoins Watling Street - it was countryside until only 30 years ago).

Stony, because of its strategic position on a major river crossing on this ancient, but continuously important road, has had many royal visitors. It was there that the boy king Edward V was met and taken into 'protective custody' by his uncle, the future Richard III.

If I have time, I may well pop up to Stratford sometime today - and after popping to my favourite bakers (Woodstocks - by coincidence) - I'll drive home on exactly the route King John took, exactly 800 years previously.
Posted by J David Morgan at 05:30