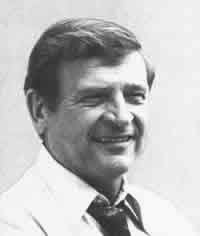 The House of Representatives in the immediate aftermath of "Watergate" is a particular interest of mine. I have delivered a number of academic papers on that era. As I continue to research the area, I have been reading about some of the key players. One was Dan Rostenkowski - whose career of over 30 years in the House, is very interesting. He was in the latter years the powerful Chair of the Ways and Means Committee. Richard E Cohen wrote in the 1990s a biography of Rostenkowski, which I just finished reading on my kindle. I do have photocopies of part of the book made when I was in Washington researching Whips (Rostenkowski was Deputy Chief Whip in the 95th and 96th Congresses - and was a member of the Whip team for most of his congressional career).

His career ended with conviction and imprisonment following the House Post Office Scandal.

It's a very readable book, and if you want to learn more about him - I'd encourage you to read the book. I have also watched a couple of oral histories in the C-SPAN archive, in which he is interviewed by Richard Norton Smith.