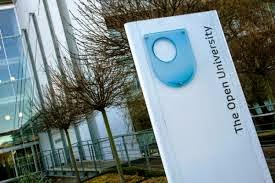 As you may already know, I am an associate lecturer with the Open University. I currently tutor on two of their Law courses. The OU has been offering courses and awarding degrees for more than 40 years. Both my parents studied through the university when I was a teenager. (I have to say that it's a great boost to a teenager to have his parents studying - it sets a great example - and can excite enthusiasm for one's own studying). In those days "Walton Hall" 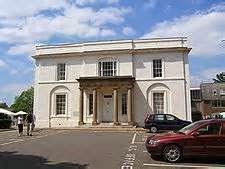 appeared an almost mythical place from which books and games (yes, I found it strange that learning could be done through 'playing' board games - but it can, and was) were sent; work was sent to be assessed (no electronic submission in those days); and TV programmes (broadcast at unearthly hours before video players were available!) were made. Now I live in Milton Keynes - and Walton Hall is just a few minutes drive away. Despite that, I don't actually work at Walton Hall. As an associate lecturer, I deliver tutorials - in Oxford, Reading and Birmingham.

I am still in awe of the University. It has thousands of students, across the country (and further afield) and offers a great range of courses. There are some postgrads working at "the campus", but it's unlike any traditional university. There is a good library on site ( which I use), but the bulk of study goes on in homes with some courses offering tutorials near to students' homes.

The fantastic studios (where some of the classic OU programmes were made) have gone, but the OU still has a great output of programmes which are broadcast on mainstream British TV (the current 4 part documentary on the House of Commons is one, as are the various series of "Coast".)

Do visit the website, and if you are considering studying, you would be in some excellent company.
Posted by J David Morgan at 05:30