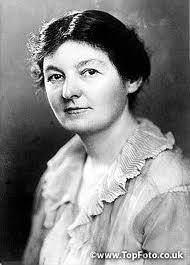 On Thursday the 180th anniversary of the Great Reform Act was celebrated (in secret??). Yesterday was another anniversary concerned with the progress of spreading power. It was 83 years since Margaret Bondfield was appointed as Britain’s first woman cabinet minister.

In Northampton (where I lived for just over 20 years), the Labour Party used to hold an annual Margaret Bondfield dinner. Ms Bondfield had been the MP for Northampton in 1923-24, a period which saw the first (minority) Labour Government. She lost that seat at the October 1924 General Election, returning in 1926 as the MP for Wallsend. There is a short biography of her on the Union History website. She was an active trade unionist – beginning whilst working as a shop assistant. Before entering Parliament she had become the first woman chair of the TUC. I remember meeting an old lady who recalled running around as a little girl carrying ribbons, while Ms Bondfield was campaigning in Northampton.