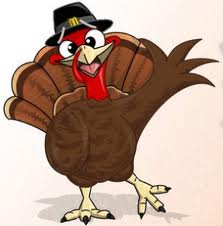 It's going to be quite a week politically.

The "Super Committee" tasked with coming up with an agreement to reduce the US budget deficit must act this week- the deadline is on Wednesday (the day before the Thanksgiving Holiday). In order for congressional action - the real deadline is today.

The Guardian was reporting last night -

"The bipartisan committee tasked with reducing America's $15tn (£9.5tn) budget deficit looks close to admitting defeat as its deadline looms.
The committee, created in August, has until Wednesday to report a plan to cut $1.2tn from the nation's deficit. Failure to do so will trigger automatic cuts to defence and social welfare programmes starting in 2013."

In the UK the controversial Legal Aid, Sentencing and Punishment of Offenders Bill will come up for Second Reading in the House of Lords today. As I will be down in Westminster all day - it is unlikely that I will be able to update Washminster during the day. When I can - I will tweet on WM_Alert. US news can be followed on Politico and RollCall .

The agendas for the following week are available for