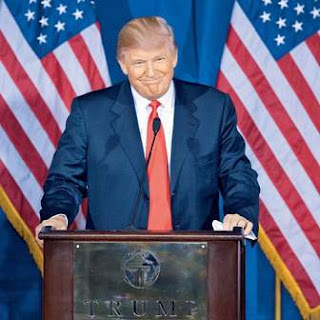 Well Senator Ted Cruz has suspended his campaign. (and as I was writing this The Hill reported that John Kasich was cancelling a DC area event - leading to speculation that he might do the same) It seems that Donald Trump marches on towards inevitable  selection as the candidate for the Republican Party. A number of people have expressed concern about that - from those within the Republican Party; to American citizens; and to those watching from abroad.

What are your views? I'd be interested in receiving reasoned arguments from "Washminster" readers. I'm happy to publish all views (as long as no abuse is involved).

If you think Mr Trump would be worth supporting, if he is indeed he is the Republican candidate - then set down down your reasons. Why would he be the best person for the job? and you if can't go that far, how would you address the concerns that some people have expressed.

If you would be opposed to his becoming President Trump, then again - set out your reasons and concerns. Is your opposition based on favouring a different ideology (are you a natural Democrat supporter), or are your reasons deeper.