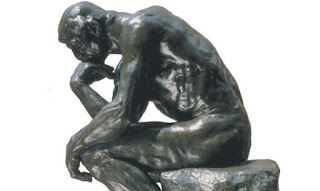 It's that time of year again. I have OU students on the W200 (Understanding Law) and W201 (Law: The Individual & the State). Washminster has, in the past, been a useful resource for those studying at University or for A-Levels in the subjects of Law and Politics. It is my intention to produce posts which may be of especial use to such students.

- but fear not, these subjects are not dry academic subjects. They will be at the forefront of debate across the world. In the UK, there will be a referendum on Britain remaining in the EU. Soon afterwards Michael Gove is expected to announce proposals for the replacement of the Human Rights Act (which gives effect to the ECHR in the UK - allowing its provisions to be raised and applied in English courts [Note - the OU courses concerned deal with English Law - although there is a unit on Scottish Law which is non-examinable]. The proper use of 'constitutions' lies at the heart of current debate in the USA - and concerns about respect for human rights is increasing across the world. So there will be in these posts, something for everyone. There's no need to switch just because you aren't facing an exam!

If you do have family; friends; neighbours or students who might value Washminster as an additional revision tool - please share this post (or our address - http://washminster.blogspot.co.uk/) with them.
Posted by J David Morgan at 05:30