Will the Human Rights Act be repealed - and a "British Bill of Rights" be introduced to replace it? Many Conservatives are critical of the European Convention on Human Rights (despite the considerable British input into this groundbreaking convention). 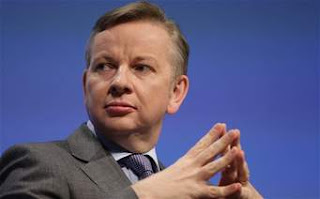 It is expected that Michael Gove will introduce his proposals after the EU Referendum has taken place.

Today the House of Lords EU Justice subcommittee has published a report followed an inquiry it has undertaken. For a number of reasons it is critical of the whole idea.

"Doubts about the wisdom of introducing a British Bill of Rights grew with each evidence session we held. Many witnesses thought the current Human Rights Act incorporated the European Convention on Human Rights into national law in a peculiarly British way, and doubted more needed to be done to put human rights in a national context. Many thought that any restriction of the existing scope of rights under the Human Rights Act would lead to greater reliance on the EU Charter in national courts—a perverse consequence of a Bill of Rights that is intended to stamp national identity on human rights, particularly in view of the greater enforcement powers of the EU Charter. Many of our witnesses were deeply concerned about the effect of departing from the rights provided for in the Convention on the UK’s international standing, particularly among EU Member States, and on the UK’s ability to participate effectively in EU policies on fighting international crime.
We also heard a range of views on whether the Court of Justice of the European Union could be accused of extending the scope of EU law over national law through its judgments on the EU Charter. The weight of expert evidence was clear, and did not support such a conclusion.
The evidence we received from the devolved nations showed strong opposition to a British Bill of Rights and a belief that the repeal of the Human Rights Act would require the consent of the devolved legislatures before a Bill of Rights could come into force. Without this the Government might be left with an English Bill of Rights. The importance of the role of the Human Rights Act in Northern Ireland’s peace process was brought home to us in evidence we received from both north and south of the border.
Taken individually, the views expressed by witnesses to this inquiry raise serious questions over the feasibility and value of a British Bill of Rights of the sort described by the Secretary of State; taken together, they make a forceful case for the Government to think again before continuing with this policy."
The full report can be downloaded from http://www.publications.parliament.uk/pa/ld201516/ldselect/ldeucom/139/139.pdf
Posted by J David Morgan at 06:40