The implications of withdrawal 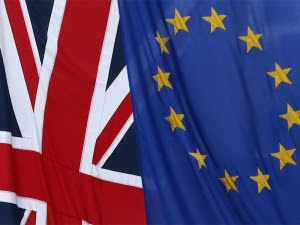 One of my OU students joked at a recent tutorial that he now hoped Britain would leave the EU - since that would remove half the work for the W200 course.

Alas, that's not on the cards. For him, the exam will be on the 8th October - and withdrawal won't have happened by then.

But even if Britain were to withdraw - we couldn't ignore EU Law. It will continue to impact on our trading with other EU countries (which makes up a large majority of our trade). Norway has never joined - but is greatly affected - and must abide by EU law - though it has no say in the making of EU Law.

This week the House of Commons Library (which is an excellent, independent, research body) published a paper about leaving the EU. http://www.parliament.uk/briefing-papers/RP13-42.pdf. It's well worth reading. The Times wrote "Britain would face a huge bill from the EU and may still have to obey many of its rules should voters opt to leave Europe, an independent analysis has warned."


"The Treaty on European Union provides for a Member State to leave the EU, either on the basis of a negotiated withdrawal agreement or without one. If the UK were to leave the EU following a referendum, it is likely that the Government would negotiate an agreement with the EU, which would probably contain transitional arrangements as well as provide for the UK’s long-term future relations with the EU. There is no precedent for such an agreement, but it would in all likelihood come at the end of complex and lengthy negotiations.

The full impact of a UK withdrawal is impossible to predict, but from an assessment of the current EU role in a range of policy areas, it is possible to identify issues and estimate some of the impacts of removing the EU role in these areas. The implications would be greater in areas such as agriculture, trade and employment than they would in, say, education or culture.

As to whether UK citizens would benefit from leaving the EU, this would depend on how the UK Government of the day filled the policy gaps left by withdrawal from the EU. In some areas, the environment, for example, where the UK is bound by other international agreements, much of the content of EU law would probably remain. In others, it might be expedient for the UK to retain the substance of EU law, or for the Government to remove EU obligations from UK statutes.

Much would depend on whether the UK sought to remain in the European Economic Area (EEA) and therefore continue to have access to the single market, or preferred to go it alone and negotiate bilateral agreements with the EU."
Posted by J David Morgan at 05:30