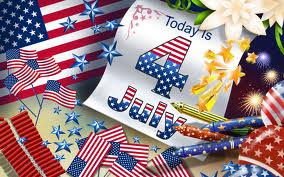 "We hold these truths to be self-evident, that all men are created equal, that they are endowed by their Creator with certain unalienable Rights, that among these are Life, Liberty and the pursuit of Happiness.--That to secure these rights, Governments are instituted among Men, deriving their just powers from the consent of the governed"

My great fear is that this sacred day has become, for some, a day of mindless flag waving - the celebration of a secular cult of "America". As the famous words quoted above make clear - it should be about the revolutionary ideas which led to the establishment of the United States.

"All men are created equal" - an idea which was revolutionary. The Romans had their slaves. In the Middle Ages feudalism was based on a hierarchy with Monarchs at the top and unfree people at the base. The British Parliament was divided into two Chambers - one for the Lords and one for the representatives of the "Commons" - but only a tiny proportion of the people had a vote. 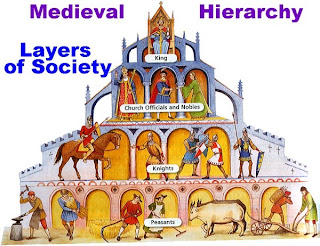 Of course, the implications of this revolutionary idea were resisted. The USA retained slaves - and the last few days have just seen the 150th anniversary of the Battle of Gettysburg - afterwards on the site of the battle, Lincoln spoke of "the unfinished work which they who fought here have thus far so nobly advanced. It is rather for us to be here dedicated to the great task remaining before us -- that from these honored dead we take increased devotion to that cause for which they gave the last full measure of devotion -- that we here highly resolve that these dead shall not have died in vain -- that this nation, under God, shall have a new birth of freedom -- and that government of the people, by the people, for the people, shall not perish from the earth.". Today, slavery continues to exist. Inequality has increased - while a very rich, very powerful elite grow ever richer and are able to "buy" political influence (and avoid contributing to the 'common wealth') - the rest of us have to work harder, for longer (if we can get a job in the mess that has been left after the (predictable) failure of neo-liberal economic theories). There are unforgiveable disparities between the life expectancies of the rich and the poor - even within the "wealthy" countries. It is time to renew again the fight for "equality".

I have to admit to being angered by those who boast of their 'conservatism' and claim to be the inheritors of the spirit (and Constitution) of the Founding Fathers. They mouth the words, but deny its application. America was founded on the principle of "Equality". I was so pleased to hear the rationale given in US v Windsor.

"DOMA seeks to injure the very class New York seeks to protect. By doing so it violates basic due process and equal protection principles applicable to the Federal Government. See U. S. Const., Amdt. 5; Bolling v. Sharpe, 347 U. S. 497 (1954).  The Constitution’s guarantee of equality “must at the very least mean that a bare congressional desire to harm a politically unpopular group cannot” justify disparate treatment of that group. Depart­ment of Agriculture v. Moreno, 413 U. S. 528, 534–535 (1973). In determining whether a law is motived by an improper animus or purpose, “‘[d]iscriminations of an unusual character’” especially require careful consideration. Supra, at 19 (quoting Romer, supra, at 633).  DOMA cannot survive under these principles."

We need to face down those who claim to be constitutionalists, who actually reject the principles which motivated the founding fathers.

The other principle central to the Founding Fathers' thought (also rejected by these people) is the idea of the positive value of 'government'.  The Declaration of Independence puts at the heart of its argument the idea that "to secure these rights, Governments are instituted among Men" - and the Constitution's preamble states "We the People of the United States, in order to form a more perfect Union, establish Justice, insure domestic tranquility, provide for the common defense, promote the general Welfare, and secure the Blessings of Liberty to ourselves and our Posterity, do ordain and establish this Constitution for the United States of America"