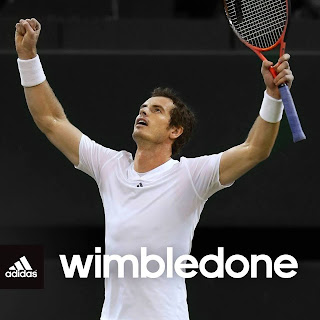 What a fine weekend this has been for British sport. The Wimbledon Champion (Gentlemen's Championship) is a Brit (for the first time since 1936) - and what an exciting series of games that led up to Andy Murray's victory! On Saturday Chris Froome took the yellow jersey in the Tour de France, and the British and Irish Lions won the series against Australia.

So what has sport got to do with Law? Well, for one thing there are specialists in sports law (but I am not one of them!) All sports have rules. "Law" is the name we give to rules which are created by a state and which govern many areas of life. I may choose to play tennis, but am only governed by the rules of a particular Association if I participate in one of their competitions. As a citizen (or even as a visitor to a country), I am bound to follow certain of its rules [Laws] - or risk criminal sanctions.

In the United Kingdom we don't have a single set of rules - Unlike the NFL (American Football) there isn't a single rule book, and in contrast with the United States, there isn't a single document containing the key constitutional rules. (see US Constitution). British laws can be found in the form of legislation ('Acts of Parliament' - also known as 'Statutes' which are Primary Legislation - and rules made under the authority, though not by Parliament itself, are known as 'Secondary Legislation' - one form of these are 'Statutory Instruments'.) Other law has been developed by the Courts - and it is necessary to read the law reports to discover what the law is (though there are many books which summarise this law).

In sports there are 'umpires' and 'referees'. Judges sit in Courts and decide in cases where there are disputes. Sometimes the issue is a question of fact (did he or didn't he commit the crime? - akin to the decision in tennis about whether the ball was in or out.) Sometimes it is about the interpretation of the 'rule'.

Some people think that following sport is open to anybody - but "the Law" is too complex for most people to follow. Perhaps the intricacies of tax law may require specialist skills and knowledge, but the principles of law can be easily learnt. I know some people who say law would be too hard for them - yet they are masters at the intricacies of the rules of Cricket or American Football!
Posted by J David Morgan at 05:30