Advocate General in the Court of Justice of the EU 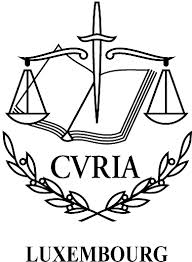 There is no equivalent role in English law to that of the Advocate General. It is easy to underplay or misunderstand their role through analogy with players in the English Legal System.

I found an excellent short article by Mme Laure CLEMENT-WILZ on the website of University Panthéon-Assas (Paris, France).

"Based on the French Conseil d'Etat "commissaire du gouvernement", Advocate general was created to assist the Court of Justice by making, with complete impartiality and independence, public opinion.  Advocates General have fleshed out  their role over the years on from the textbook definition. They have gradually asserted their independence. They have been closely involved in the process of shaping european jurisprudence. They helped the Court to lay the foundation of its jurisprudence and contributed to consolidating it. From the beginning of the nineties onwards the Advocates General put it to the test. In the context of increasingly complex legislation and legal structures, the Advocates General also tried to contribute to increasing the coherence of legislation and jurisprudence. Their conclusions encouraged debate and ensured the openness of the decision making process within the Court. In bringing a breath of fresh air into intellectual space of the Court of Justice, the Advocates General can be seen as vital to this institution.

Only the Court's organisational and functional rules could make this possible as they preserve the originality of the Advocate General. With a special place within the jurisdiction, he is a thinker of the law important for the outcome of the case. He is positioned at the interface with the external world. However he is not free from all criticisms, particularly with regard to the principle of equality of arms and the right to adversarial procedure. The originality of the role of Advocate General does not release him from the principle of a fair trial in accordance with the requirements of the Court of Strasbourg. Crucially, minor changes to the role would allow the Court of Justice to comply."