The examination of Judicial Review 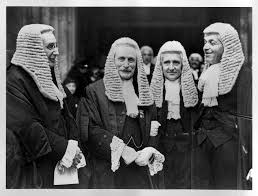 Today I want to discuss the English remedy of "Judicial Review". It is nothing like Judicial Review in the USA. The latter involves the Court deciding to strike down legislation. Of course in the UK we have "parliamentary sovereignty".

At Law Degree level Judicial Review can be looked at from a number of angles. If you are facing an exam question - make sure that you answer the specific question set, not the question you'd have liked to have been asked. [You'd be surprised that there are some people who will try to answer the question they wanted, rather than the one on the paper - some do so deliberately, because they don't know how to answer the question set - sadly the examiner is not likely to take pity on them. Others have "prepped" a particular answer - one of the dangers to watch out for if you are using model answers or previous exam papers to guide you - and when they identify the JR question imagine that the learned answer is appropriate. READ THE QUESTION. That's what you'll be assessed on. The key is to be flexible - have a sound foundation of knowledge - and deploy that knowledge and understanding to answer whatever question you face.]

One type of question invites reflection on the constitutional issues raised by Judicial Review. How does it fit in with Parliamentary Sovereignty? Is challenging a decision made by the Executive strengthening or undermining Parliament? Have Judges given themselves too much power? Does JR give them an opportunity to impose their own values (or views on what is unreasonable/irrational) over those who are ultimately accountable to parliament? Was JR necessary to fill in a gap in ministerial responsibility to Parliament? How have the courts dealt with decisions based on statute or the Royal Prerogative?

[A list of cases to prepare should include AG v DeKeyser's Royal Hotel Ltd; CCSU v Minister for the Civil Service [the GCHQ case]; and Anisminic Ltd v FCC]

A second type of question asks for a problem to be solved. Someone is upset by a decision. Can that decision be challenged by JR? It's worth going through this logical pattern to solve the problem

Is the decision making body susceptible to JR? (Public Body or Public Law?)

Does the claimant have ‘Standing’