"You are under arrest" 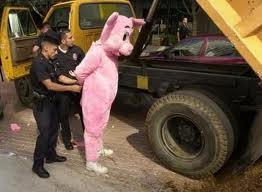 Any viewer of TV or films will be familiar with fictional depictions of arrests in the US. A suspect is advised of their "Miranda rights". The term comes from the Supreme Court case of Miranda v Arizona, which sets out the procedural safeguards required to secure the Fifth Amendment's privilege against self-incrimination. The protections have subsequently been watered down significantly (an issue discussed in Chermerinsky's book (see original Washminster post of February 2011), chapter 4.

More information about Miranda warnings can be found here.

In the UK s28 of the Police and Criminal Evidence Act 1984  requires that the person being arrested be told of the FACT that he is under arrest, and the REASON for the arrest.