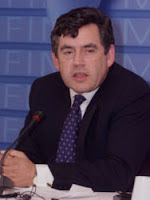 The post of Prime Minister is an accident of history. The King had his Cabinet, a Council of Ministers, who advised him on Executive matters. This arrangement continued as power moved from the King to Parliament.

After the death of Queen Anne in 1714 the next in line was 54 year old George, The Elector of Hanover. He had been born and lived in Hanover for most of his life. He spoke poor English; instead, he spoke his native German and also French. As KingGeorge I he found chairing meetings of Cabinet tiresome. His place was often taken by Sir Robert Walpole after 1721, who wags began to describe as "the Prime Minister". It was intended and regarded by Walpole as a term of abuse. The title is widely accepted today, although the holder is correctly known as "First Lord of the Treasury".
The meeting at which the Queen invites someone to be her Prime Minister is the point at which they become Prime Minister. We still talk of the new PM "kissing hands" - a sign of that individual's fealty and loyalty to the Sovereign. In practice this is no longer expected, though it does happen.
Posted by J David Morgan at 17:42