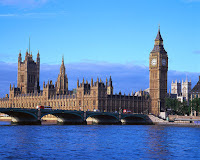 Monday in the House of Commons will begin with Defence Questions. On Thursday there will be a debate on 'Armed Forces Personnel' on a motion for the adjournment of the House.

Wednesday in the Lords will involve the joint consideration of the Armed Forces, Army, Air Force and Naval Discipline Acts (Continuation) Order 2007 ; Armed Forces (Alignment of Service Discipline Acts) Order 2007 and the Armed Forces (Service Police Amendments) Order 2007. On Tuesday Lord Morris of Manchester will ask Her Majesty’s Government what further consideration they are giving to the problems and needs of veterans of the 1990-91 Gulf War with still undiagnosed illnesses and of the dependants of those who have died since the conflict?
The Commons will debate European Affairs on Wednesday. Lord Lucas raises the question again of the Scrutiny reserve on Monday. Lord Renton of Mount Harry will ask Her Majesty’s Government on Tuesday "whether they intend to support a new treaty modernising European Union institutions and rules at the European Council in June."
Lord Howell of Guildford will initiate a debate on Thursday "to call attention to the results of the foreign policy pursued by the Government since May 1997 and to the current international standing of the United Kingdom; and to move for papers."
Posted by J David Morgan at 13:09