The use of EU law 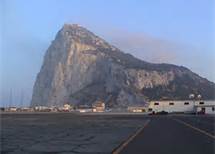 Interesting story in today's Guardian. Apparently the UK is considering using EU Law to "ensure the Spanish government allows the free movement of people across the border with Gibraltar". One to watch. I can't but help note that the desire to opt-out of anything connected with the EU declines when the advantages to the UK are obvious. Hence the pressure to opt out of the European Arrest Warrant - demanded by the Eurosceptics - is being resisted by the Prime Minister and Home Secretary.

I'm currently marking essays on Free Movement (of Goods). It's another area where consumers have seen the advantages of being in the EU. Customs duties and "charges having equivalent effect" on goods imported and exported within the EU are prohibited. (TFEU) Article 30. Of greater practical significance is the prohibition on "Quantitative restrictions...and measures having equivalent effect [MEQRs]" (TFEU Arts 34 & 35). The case law demonstrates the clever wheezes Member States came up with to discourage goods from other Member States coming in and competing with national products.

Bresciani - a case where a charge was imposed for compulsory veterinary and public health inspections carried out on imports of raw cowhides - even when home country inspections had been undertaken and the cost was disproportionate.

Schottle - charges made for freight involving long distance road journeys, but not short journeys (in other words within Germany)

Dassonville - Belgian requirement that all importers of Scotch whisky have a British certificate of authentication. Direct imports to Belgium would generally have these. Imports from (usually a cheaper source) in another country where such certificates are not required could be discouraged.

Schloh v Auto Controle Technique - Test for imported cars (requiring a fee), even when the car had a certificate of conformity with Belgian rules.

Commission v France (C-265/95) - French authorities had failed to police demonstrations where imported goods were seized and destroyed. Cassis de Dijon - ban on sale of alcohol which had "insufficient alcoholic strength", favouring the German version of 'Cassis' but banning the French version.

Cassis de Dijon - ban on sale of alcohol which had “insufficient alcoholic strength”, favouring the German version of ‘Cassis’ but banning the French version.

In each of these cases the European Court held that the ploy was illegal & couldn’t continue. As a result we as consumers have greater choice.

[This article also appears on my new Blog "Positively European". That website, unlike Washminster, is not primarily an educational website. Instead it seeks to provide some balance to the strongly eurosceptic bias within the UK Press. Please feel free to take a look]
Posted by J David Morgan at 12:55